By the Grace of God we have just received the 1st update from WF-AID of the distribution of relief from the $380,000 raised by you all.There will be many more distributions and we will share with you as soon as we have details.

In the name of Allah the most merciful, the most beneficent

It was narrated that our master Ameerul Mo’mineen Ali bin Abi Talib (A.S) said: (Amongst the causes of the forgiveness of great sins is relieving the harmed and easing of the distressed).

By the assistance of Allah, his Tawfeeq and by the blessing of Ahlul Bait (A.S), and by generous funding from the World Federation Aid -London, Imam Hassan Centre and Australian Charity Partners, Al-Basaer Development and Charitable Foundation executed the Seventeenth Relieving the Harmed Campaign on Thursday 28th February 2019, which targeted the workers of Hodeidah sea port. The workers were severely affected due to the stoppage of the port operations because of the oppressive blockade on Yemen.

By the assistance of Allah and his Tawfeeq the beneficiary families from this campaign reached to 680 (Six Hundred and Eighty) families.

This aid drew a happy smile on the hearts of these extremely poor people and removed the scary ghost of starvation from them.

The management of Al-Basaer Development and Charitable Foundation would like to express it’s deep gratitute to the management of World Federation Aid – London for their great and frequent efforts to aid the oppressed Yemeni people.

May Allah (S.W.T) accept these great deeds and record it in the book of deeds by the intercession of our master Muhammad (S.A.W.W) and his pure progeny (A.S). 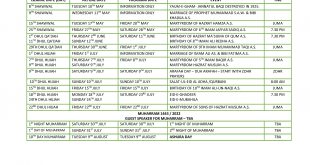